A joke about tractors 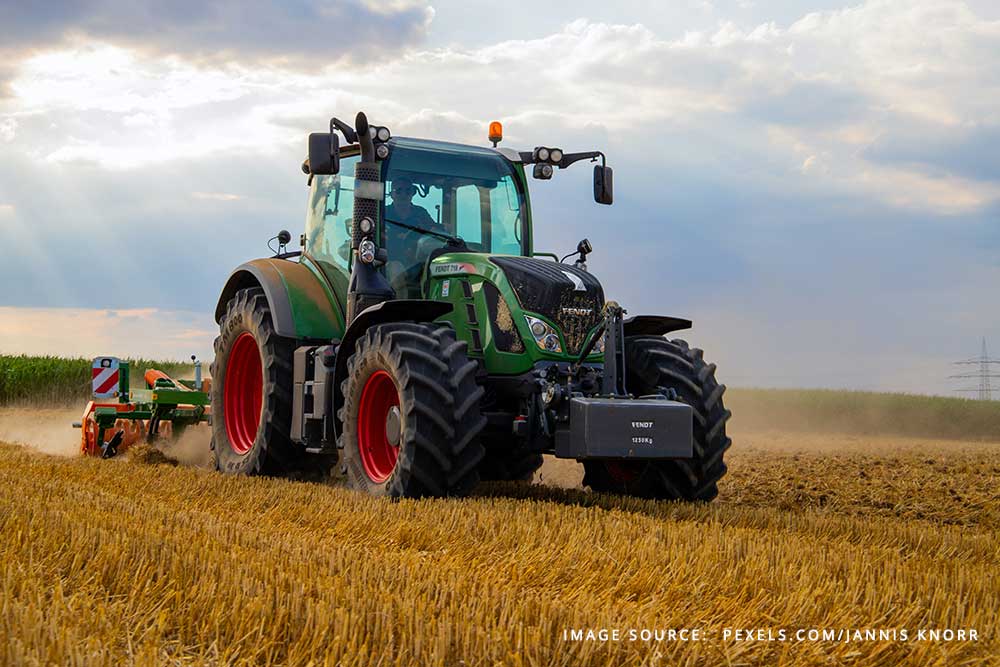 Let me tell you about Steve and his love of tractors.

Steve’s parents were farmers who decided when he was born they wanted to raise him with the same love of farming as they have. And so they decorate the nursery with tractor wallpaper, give him a fluffy tractor to cuddle and even hang a tractor mobile above his head so every day he can see the tractors going round and round above him.

As Steve grows up, he learns to read from the Ladybird Big Book of Tractors and, for his fourth birthday his parents give him a ride on tractor so he can peddle around after his parents while they work on the farm. And so, according to his parents plan, he grows up with a love of all things farming, but especially tractors.

When he turns 16 he gets his tractor driving license and drives it to school everyday and then studies maths at a level so he can go onto university to study engineering. He eventually gets into a university nearby his parents so that he can still help on the farm while studying.

Once he graduates, he gets a job at Ferguson’s tractor company, fixing broken tractors day in and day out, his absolute dream. And so Steve is very happy, working at his dream job, and then helping his parents on the farm between times.

One day, as he’s fixing a tractor, he looks up and meets eyes with a girl across the room and in an instant, knows that this is the girl he is going to marry. So he plucks up the courage to go over and strike up a conversation, and it goes incredibly well, he asks her out on a date and she agrees.

It turns out they have everything in common, she actually owns a small farm nearby and has the same fascination she does. Things keep getting better and better and, a year down the line, he pops the question and a few months later they get married.

They move into her little farm together and live the perfect life, after a couple of years it becomes even more perfect as she falls pregnant. They decide that they want to raise the kid they’re having in the same way that Steve was raised, so they cover the nursery in tractor wallpaper and, when the baby is born, give him a tractor toy to cuddle.

And so life goes on in much the same way, as the baby grows up, they teach him to read using the Ladybird Big Book of Tractors and give him a ride around tractor to play on.

But tragically one day, Steve’s wife and kid are riding a tractor around the farm when it goes over a hill and they lose control. It starts to tumble and very sadly, they are both lost.

Obviously Steve is heartbroken by this, his perfect life has been torn down and he’s lost everything. He can’t bare to look at another tractor every again because it brings back too many painful memories and do he sells his farm, quits his job and moves into the city, taking up a job as a boring accountant. He tries to remove any trace of anything that would remind him of his loss, all of his tractor memorabilia is burnt.

The entire room is filled with smoke and a wall of flames separates him from a woman on the other side of the room, about to be engulfed. In that moment, he is reminded so strongly of his wife and so he does the only thing he can do, breathes in deeply and all of the smoke and flames goes into his mouth and disappears….

The women is so shocked, “how did you do that?? You saved my life!”

If you don’t, try this site.